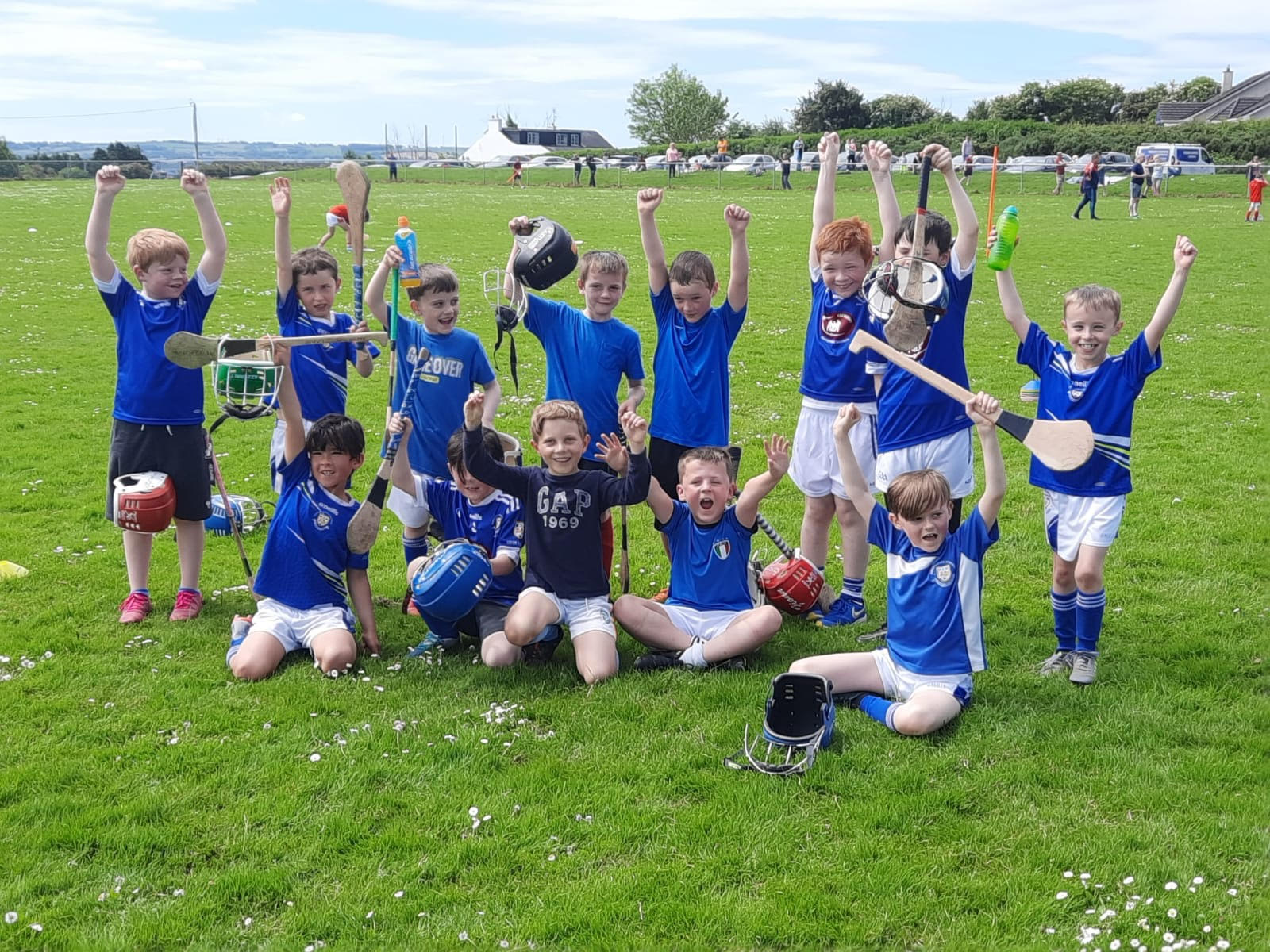 The games returned thick and fast last week as restrictions finally eased and players from under-7’s right up to adult level were donning the blue and white once again.

Last Tuesday, the Junior footballers got the ball rolling against last year’s divisional finalists Delanys. In testing conditions and with both sides noticeably rusty, a tight low-scoring game ensued between the northside rivals. A fortuitous Gavin Duggan goal in the first half kept Dillons in the game but a much improved second half performance edged them in front as the game entered injury-time. However, two late Delanys points tied the game at 1-5 to 0-8.

The Junior hurlers were also in action at the weekend, opening their season with a comfortable win over Whitescross, on a scoreline of 1-20 to 0-5. John Horgan, as always, provided the majority of the scores while the hugely impressive Kevin Varian also chipped in with four points from half-forward.

The u-13 hurlers kick-started the underage season last Friday night, with a formidable Castlelyons side making the trip to the Tank Field. Although Dillons were well beaten, the quality of the opposition as well as the age-profile of the Dillons team, of which only a handful were of age, must be taken into account.

On Saturday morning, the Tank Field was a hive of activity, with under 7’s, 8’s, 10’s and 11’s in action in blitzes against Mayfield, while our under 9’s were also involved in a blitz against Mayfield at their grounds. The following Monday, our under 12 footballers also took on Mayfield up the Tank in a pulsating encounter that could have gone either way. In the end, despite outstanding performances from Oisín Vallely and Ollie Daly in particular, Mayfield came out on top.

The performance of the weekend undoubtedly must go to the under-15 hurlers who prevailed in a cracker below in Kerry Pike, defeating Lee Gaels by 4-09 to 1-15. Huge credit must go to John Kiely, Finny O’Brien and Jamesie Corcoran for their continued efforts with that group.

The matches also commenced for our intermediate camogie team last week. A much-depleted side fell to Blackrock in a challenge game on Monday night but aided by the return of Kate O’Brien, Sinead Mills, Emer Keane and Shauna Cronin, they beat Na Piarsaigh last night on a scoreline of 1-18 to 1-6. With Emma Sharpe, Essie O’Connell and Niamh O’Leary all yet to return, manager Jason Long is hoping to have a strong squad to pick from for the start of their league campaign.

The Junior B hurlers were also in action last night where despite the best efforts of Dylan O’Donoghue and James Murphy, they were beaten by Whitescross on a scoreline of 1-13 to 0-9 in their opening game of the year.