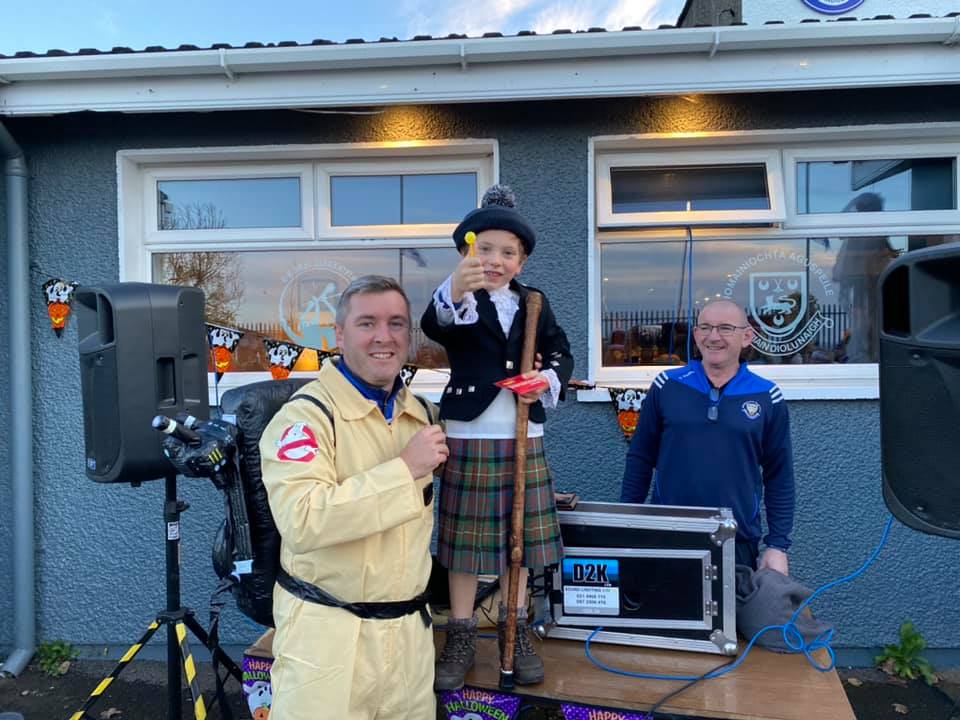 What a midterm it was at Brian Dillons! Last week, the club ran a three-day camp, which was attended by almost 100 boys and girls. Luckily, the weather didn’t impact on the activities, which included hurling, football, fun games, an obstacle course and even tug-of-war.

The action continued into Saturday, where the second weekend of the Street Leagues was played out in front of a big crowd at the Tank Field. After four games, the Vipers team currently top the table and will take some beating. The Orcas, led by the two Vallely brothers also impressed and it would be no surprise to see those two teams face off in the final in December.

The highlight of the week, however, was the Halloween Party on Saturday night. The Tank Field was awash with children and parents, who took part in a sponsored walk, a series of fun games and an outdoor disco, led by club chairman and resident DJ Paul Twohig. The costumes on show were truly outstanding and the judges had a tough task in picking winners for the Best Costume Competition. In the end, Aaron Ahern, Finn O’Sullivan. Fionn O’Beirne and Leah O’Mahony each picked up 20 euro Smyths vouchers, kindly sponsored by local councilor John Maher. Rachel Brown also picked up a prize for best dancer.

The club would like to thank all of the parents, who helped out with the party and for their continued support over the past week. With six weeks of Street Leagues yet to play, the season isn’t finished yet and as always, new members are more than welcome to come up and take part in the action.