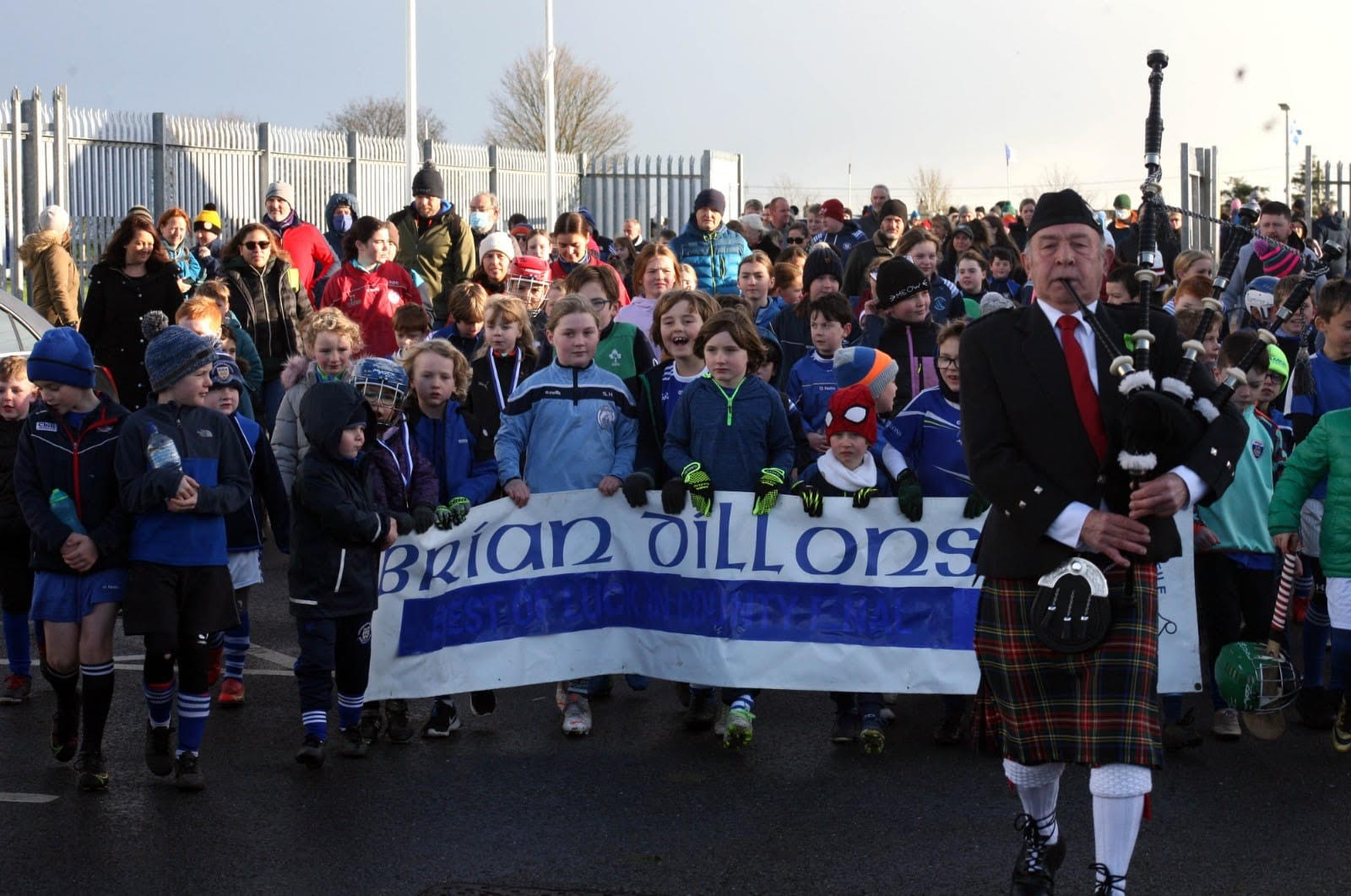 The 2021 season ended on a high last weekend as over two hundred boys and girls convened up the Tank Field for the Street League Finals. Since October, players from U7’s up to U13’s have been been going head-to-head in both hurling and football every Saturday morning and last weekend’s action saw the culmination of an excellent year for all of our underage sides.

The games were preceded by a parade, with a piper leading the competing players through Murmount up to the Tank. In football, the Vipers team, inspired by Jack O’Callaghan and Kellie Long, came out on top against a gallant Sharks team led by Saoirse Littlewood and Ollie Creed. In the hurling meanwhile, the Vallely brothers Oisín and Liam prevented the Vipers from claiming the double as they helped their Orcas team to victory.

Ten trophies were handed out to the various winning teams, including the Alan O’Sullivan Memorial Plate, the Barry Kelleher Memorial Plate, the Eddie Porter Cup, the Margaret O’Sullivan Shield and the Willy Horgan Cup. The day was made all the more memorable as Brian Dillons camogie players Sinead Mills, Niamh O’Leary and Ruby O’Connell were on hand with the Cork Senior Camogie trophy, which they won with Seandún last month.

The club would like to thank all of the players and parents for a fantastic year and wish everyone a Happy Christmas.

See you all again next year!

More photos from the Street Leagues can be seen here